There can surely be few people in the UK who haven’t heard or seen Rita Ora at some point in the last 15 years. An immensely talented singer-songwriter, performer, actress, and television personality, she has become an intrinsic part of British entertainment. As a singer, she has enjoyed four number-one singles and a platinum-selling number-one album in the UK and has sung with the likes of Prince, Snoop Dogg, J. Cole, and Charli XCX. On television, she has been a coach on The Voice UK, a judge on The X Factor, and a panellist on The Masked Singer. Finally, as an actress, she played Mia Grey in the Fifty Shades trilogy and appeared in the blockbuster Pokemon movie, Detective Pikachu.

Ora was born in what is now Kosovo in 1990, during the collapse of Yugoslavia. Before she was one year old, her Albanian parents fled increasing racial persecution and moved to London, settling in Notting Hill. Growing up there, she attended the prestigious Sylvia Young Theatre School in Marble Arch and eventually began to perform the odd show in the pub that her dad ran. After a few years of building her following on YouTube, she became the guest vocalist on DJ Fresh’s ‘Hot Right Now’, a number-one single in 2012. As the single hit the top, she opened for Drake on the UK leg of his world tour.

After those breakthroughs, Ora was away, quickly establishing herself as one of the major players of 2010s pop music. Within a few years, she was being asked to judge some of the biggest reality talent contests going, winning mainstream audiences over with her easy-going charm and wonderful personality. 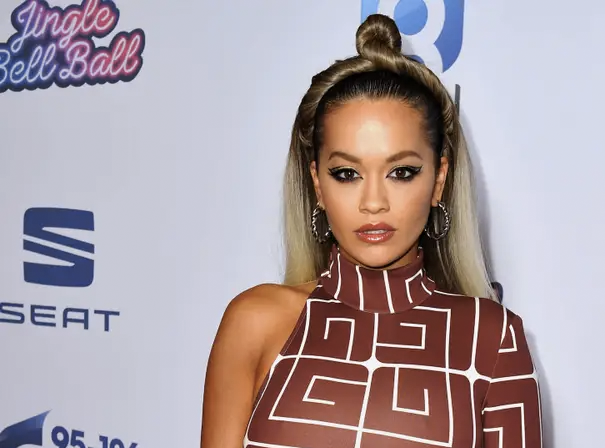