Actress, singer, songwriter and producer Rita Wilson has been captivating audiences since her debut in the 1970s. Over the years, Wilson has starred in a diverse range of television and film roles. From featuring in Sleepless in Seattle to The Story of Us, Runaway Bride to Larry Crowne, Wilson’s work speaks for itself. As a producer, Wilson has helmed the likes of My Big Fat Greek Wedding and the Mamma Mia! franchise. A woman of many talents, Wilson has appeared on Broadway and has launched an incredibly successful music career. Born and raised in Hollywood, California, Wilson caught the acting bug in her early years. Her on-screen debut came with a guest appearance in the classic hit series The Brady Bunch. From there, Wilson’s meteoric career was born, and she hasn’t looked back since.

Throughout the years, Wilson has earned high praise for her genre-busting work. Notably, Wilson received a Visionary Award from the PGA Awards for My Big Fat Greek Wedding. The film would become the highest-grossing independent film of all time. Later, she would receive an NBR Award for her work on the dramedy, It’s Complicated. With scene-stealing performances in Jingle All the Way, The Good Wife and Girls, Wilson throws her all into each role. Celebrated for her genre-busting work, Wilson received her place on the Hollywood Walk of Fame in March 2019. Alongside her husband, Tom Hanks, charity work lies at the heart of their private lives. Together, they co-chair the Women’s Cancer Research Fund (WCRF). Through continuous support and dedication to humanitarian causes and supporting veterans, the couple received a USC Shoah Foundation’s Ambassadors for Humanity Award.

From screen to stage, Wilson has been lighting up the Broadway stage for years. Her highly successful debut as Roxie Hart in Chicago ignited a passion for music in Wilson. From there, Wilson has starred as Brenda in the highly acclaimed Fish in the Dark. From performing in the Pulitzer Prize-winning play Dinner with Friends to premiering Mama in Loomer’s Distracted, Wilson is in a league of her own. A prolific singer/songwriter, Wilson has released three studio albums including her well-received debut AM/FM and Halfway to Home. Beyond performance, Wilson is a dedicated wife, mother, journalist, philanthropist and humanitarian. 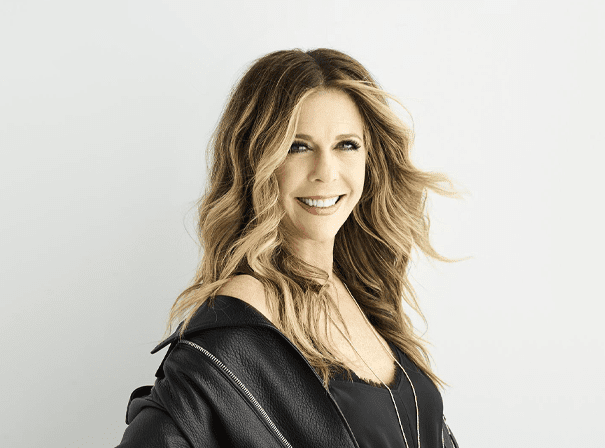