Rob Arnold is a heavy metal artist who plays lead guitar for the band, Chimaira. He has also played guitar for Six Feet Under and The Elite. Despite leaving touring behind over eight years ago, Arnold still enjoys playing music and keeps his fans entertained via his Youtube channel.

Arnold began playing guitar from a young age and found that he enjoyed heavy styles of music. He joined Chimaira in 1999 on the recommendation of his former bandmate and never looked back. In the three years that followed, they began recording music and then went on tour, signing with Roadrunner Records and getting their music out to a wider audience. Though he left the band in 2011, he was at the heart of the band for over ten years, producing some of the best music on the heavy metal scene.

Arnold now posts guitar tutorials on his Youtube page for free, offering priceless information for any budding guitarist. He also still works on his own music. He most recently released an album in 2018 with his band, The Elite, and he also records music from the recording studio he owns.

In addition to producing music, Arnold now sells his own merchandise via his website. His products include T-shirts and hoodies, CDs from his range of bands and a DVD in which he gives instructions on how to play guitar. 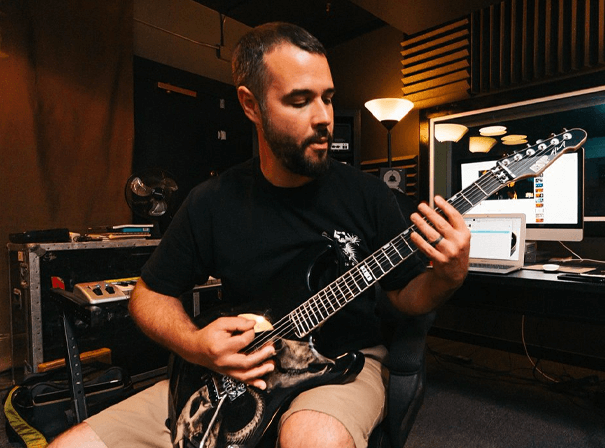