Robert Marciano is famous as the senior meteorologist of World News Tonight on ABC and also appears on the Good Morning America weekend edition. Since joining ABC in September 2014 he has covered every natural disaster to hit America, from floods and tornadoes to Hawaii’s erupting volcanoes. He has recently covered the devastating wildfires in California and made a report in North Carolina just before the arrival of Hurricane Florence. Marciano reported live from the Oregon coast as part of the coverage of the Great American Eclipse on ABC News. He is a Certified Broadcast Meteorologist and also holds the American Meteorological Society Seal of Approval.

Hailing from Glenville, Connecticut, Marciano received a bachelor’s degree in meteorology from Cornell University and began his career in media working as a chief meteorologist at several local radio stations in Oregon and Louisiana. He got his big break in 2003 when he joined the CNN News Group as a weather and news anchor, where his field reports during the Gulf of Mexico oil spill and Hurricane Katrina helped win a Peabody Award. Marciano hosted several primetime specials for CNN including Rescue: Saving the Gulf before becoming a co-host of Entertainment Tonight. After interviewing hundreds of A-List stars including Katy Perry and Jennifer Lopez, Marciano joined ABC in 2014 and returned to meteorology, cementing his status as one of America’s best-loved weather experts. 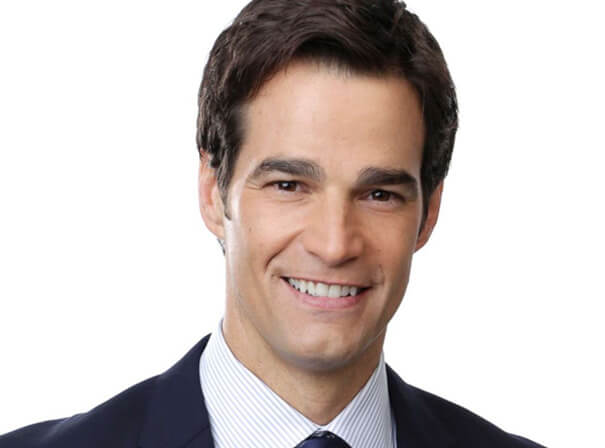