Rocky Luciano is the weightlifting, tattooed hard man from Miami best known for his hit crunk music albums and singles. As an up and coming artist, his raw and hard hitting lyrics are already proving popular and making him a rising star in the underground rap world alongside his collaborations with other rappers, such as Gucci Mane Drippin, FJ Outlaw and Just Juice, among others. Beginning in 2018, Luciano has already recorded and produced six EP’s and mixtapes, an impressive rate of production, and has worked with a long list of artists, most recently linking up with Bezz Believe and Forgiato Blow to release the amazing song titled 500 Degreez. He has filmed music videos in London for his lead single Boss Of Bosses, and featured on the hook for the club banger White Pounds, alongside the music video for the single that has reached over a quarter of a million views on YouTube. He has consistently worked on new projects throughout 2020, with many upcoming releases.

When not working on new music, Luciano consistently posts on both his Instagram and facebook pages, and is very vocal about his support of the former American president, Donald Trump. He also posts regularly about his gym routine and his latest weight lifting record, managing to lift a staggering six truck tyres in one try, and any new additions to his ever growing tattoo collection. 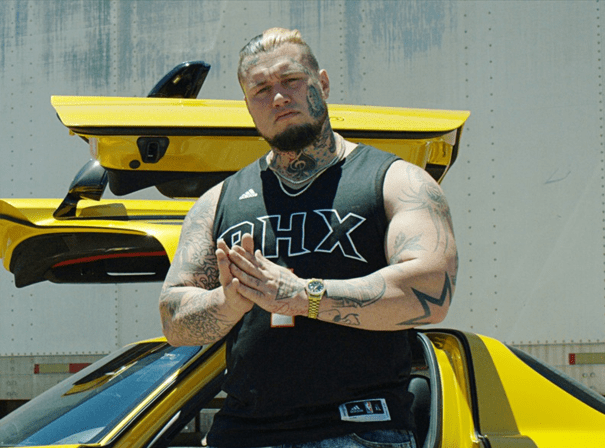