Australian cricketer Rodney Hogg was a batsman before realizing his vast talent as a bowler. Scoring 36 in his first Test in the 1978-79 season, Australian cricketer quickly established a name for himself in the game of cricket, finishing that series with 41 against England. To date, Hogg has played in 38 Test matches, taking 123 wickets and averaging 28.47, and 71 One Day Internationals. After a series of injuries and illness in the 1978-79 season, Hogg achieved 42 first class wickets at 22.85 in the 1980-81 summer season and took 27 first class wickets in the Ashes tour that year until unfortunately being diagnosed with Scheuermann’s disease.

After sitting out the 1981-82 season, Hogg returned in 1982-83 and took 49 first class wickets in the summer season while also being chosen in Australia’s one day team. In ’83 he took 1-31 and 0-7 in the sole test against Sri Lanka. The next season, Hogg played well in the first three tests against Pakistan until succumbing to a back injury in the fourth. In the fifth Hogg returned taking 0-60 and 2-53. That same season he won the Man of the Match Award during the McDonald’s Cup semi-final after taking 1-10 off ten overs. In the 1984 season Hogg was chosen to tour the West Indies, with highlights including a 6-77 in the third test. After being forced to return home from the 1984 India Tour, Hogg rejoined the Australian team against the West Indies where he played his last test.

Following his retirement, Hogg became a bowling coach for the Victorian team and in the 2005-06 season he was a selector for Victoria. He has also authored an autobiography, ‘The Whole Hogg – Inside the mind of a lunatic fast bowler and now regularly commentates for Australia’s Channel 7 and works as a speaker throughout Australia. 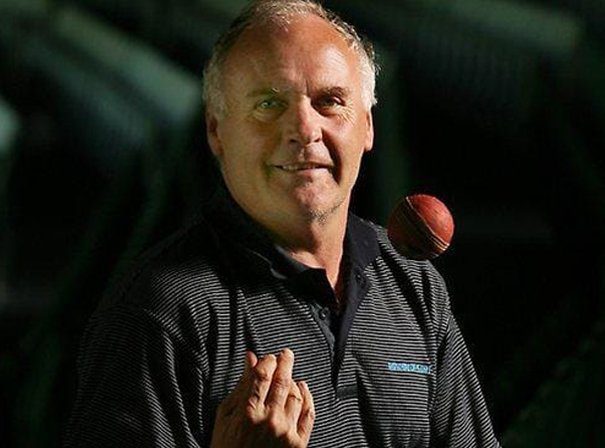