Football star Ronald Araújo has established himself as La Liga club Barcelona’s most consistent player. The youngster has exceeded all expectations at the club, and enjoyed a meteoric transformation under Garcie Pimienta improving in leaps and bounds whilst assigned to the reserves in Segunda Division. One year on, the Uruguayan centre back has become an undisputed starter for Barcelona and is destined for the pinnacle of the sport. Araújo has also represented his country on the international stage, making his senior debut in two 2022 FIFA World Cup qualifiers and travelling to Brazil in the Uruguay squad for the 2021 Copa América.

Born in Rivera, Uraguay, Araújo kicked off his playing career with his hometown club Huracán de Rivera. After a spell at Primera División side Boston River the young talent signed a five year contract with FC Barcelona on the 29th August 2018. His incredible transformation whilst playing in Segunda División B was rewarded with promotion to the main squad for the 2020-21 season, and the promising football star scored his first La Liga goal against Valencia in December 2020.

Araújo’s path to success has been rapid if not always straightforward, but the centre back has now found his mojo and continues to develop as a player at a steady rate whilst donning the blaugrana colours, with few weaknesses for someone his age. During his whirlwind-like transformation the young player has also stood out as a leader, and his uncompromising character has helped his team stay afloat on many an occasion. 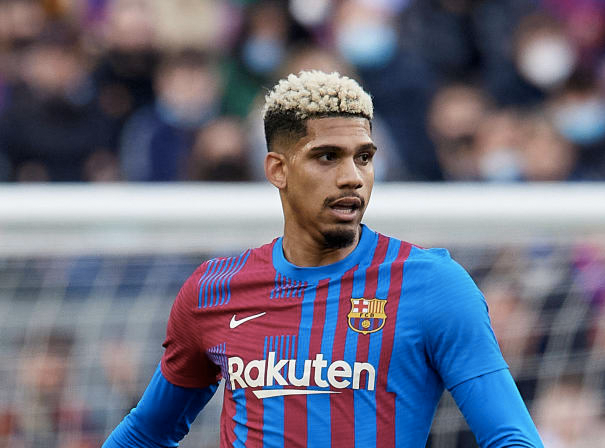