Retired English footballer Russell Osman had a glittering career that included many highs, and now he talks about his time at the top at charity dinners, after dinner speaking engagements, as a brand ambassador and all round popular sporting figure. Russell was a robust and powerful centre back who did a fine job of patrolling his penalty box, and did so for teams in the Football League such as Ipswich Town, Leicester City, Southampton, Bristol City, Brighton & Hove Albion and Cardiff City. Osman so impressed at domestic level that he played senior international football for England on eleven occasions.
During his total of 595 appearances for all teams, Osman scored 43 goals, which is all the more impressive given the fact he is a centre back. Later in his playing career he was player-manager of Bristol City, and also had short spells in charge as caretaker manager of Plymouth Argyle before later managing Cardiff City, then later still taking on a brief role as joint caretaker manager of Bristol Rovers in 2004. In November 2007, he was appointed as assistant manager to Paul Tisdale at Exeter City and February 2011 saw him take on the job of coach of the Ipswich Town Under 18’s. As well as winning the UEFA Cup in 1981, Rusell also played one of the prisoner-of-war footballers in the famous film Escape to Victory. The film, released in 1981, also included the world’s most famous footballer, Pelé, as well as American actor Sylvester Stallone, British actor Michael Caine and ex-soccer player Ossie Ardiles. 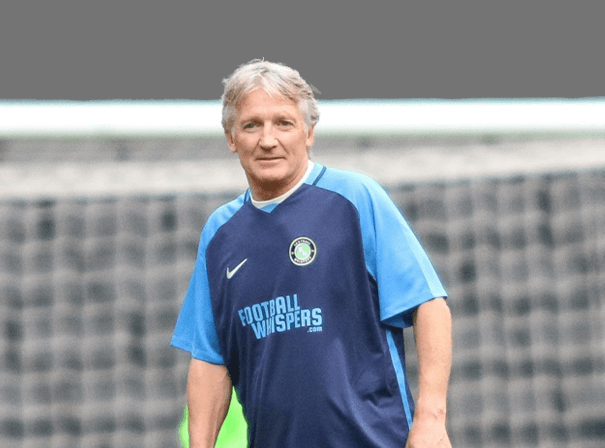