Ryan Jones is a former professional Welsh rugby player who has had a fine career on the pitch and is now just as respected off it. He is available for a range of after dinner speaking engagements and rugby related appearances and has lots of experience to draw upon. Playing at number eight, on the flank or in the second row of the pack throughout his career, Ryan has been involved with three Grand Slam wins as a player, and also as captain of his national side, in 2005, 2008 and 2012. This puts him in a select crew of Welsh players and confirms he is one of the best talents of his generation.
As a youth, Ryan actually played football for Bristol City but started playing rugby aged 17. He played domestically for Newport, Bridgend, Celtic Warriors, Ospreys on 150 occasions and Bristol most recently. Jones is the record holder for being Wales’s most capped captain, having done so on 33 occasions. He was also nominated for the IRB International Player of the Year award and in all played 75 times for Wales and 3 times for the invite only British and Irish Lions side during their 2009 tour of South Africa. Jones featured in all 5 of Wales’ 2012 Six Nations matches, starting 2, as he and the team secured a third Grand Slam in seven years. As such he is a stand up Welsh rugby playing role model for young and business audiences everywhere. For any sporting event, charity dinner, function or ambassadorial roles, Ryan Jones is a professional choice. 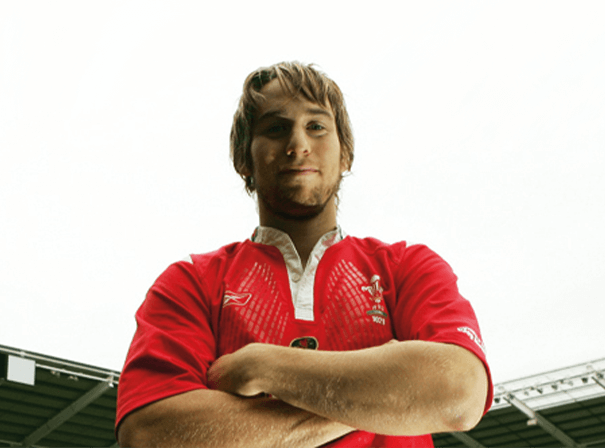