Samantha Mewis is an American professional soccer player who now plays as a midfielder for English FA WSL team Manchester City and the United States National Team. Mewis began her career playing collegiate soccer for the UCLA Bruins, winning three NWSL Championship titles with Western New York Flash and North Carolina Courage. Mewis has earned such achievements as the Parade All-American honors twice during her high schools, the National Soccer Coaches ASsociation of American national player of the year, the Gatorade Massachusetts Girls Soccer Player of the Year twice and even the ESPN RISE All-American after scoring 30 goals and serving 8 assists during her senior year.

Mewis has since gone on to sign with Manchester City of the English FA WSL ahead of the 2020-21 season, making her competitive debut for the club at Wembley Stadium on August 29th as a 68th minute substitute during a 2-0 defeat to Chelsea. Mewis is also a part of VoyceNow, a collective global community of athletes and fans fighting for equality and justice, which she advertises on her instagram to over 265 thousand followers. Mewis also loves to show off her adorable new puppy, as well as posts about social justice and sponsorships such as with VolksWagen. The Soccerer has also recently been given the accolade, along with the rest of her team, of the Prestigious Time’s Athlete of the Year. 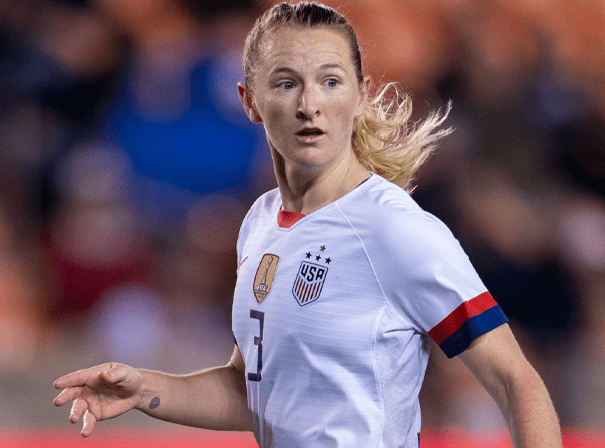