Sarah Hunter is one of the pivotal figures in English rugby. She has spent much of her adult life engaging in the game and for her long and dedicated services she was recognised in 2014 with an MBE. Now a leading and inspirational professional, she is a real role model for young women wanting to get into top level sport. In all Sarah has played over 80 times for her country and because she is such a great leader, many of those have been as captain. She most famously lead the side to a historic World Cup win in 2014 and will be headlining out to defend that in the Rugby World Cup in Ireland in 2017.
With England Sarah has also won a number of Grand Slams in the Six Nations and was part of the side that was crowned the BBC’s Sports Personality Team of the Year. She was also one of a few select players who were awarded a full time professional contract to play the game and in 2016 she was named England’s Player of the Year by the Rugby Players’ Association and World Rugby’s Player of the Year. Sarah has been playing the game since she was just nine years old and initially played the league form of the game before moving codes to Rugby Union. She is now the of the Rugby Football Union’s All Schools Programme, which counts HRH Prince Harry as a Patron and works to get children from state schools into rugby. Sarah is a fine speaker, then, and one who can talk about leadership, understanding pressure plus the psychology of winning, amongst other things. 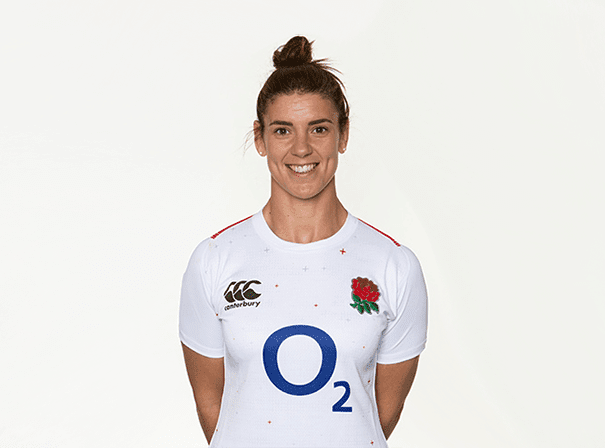