International cricketer Sarfraz Ahmed is a talented wicket-keeper and batsman for national side Pakistan. A real star from a very young age, he burst onto the world scene as part of the Under-19 squad where he always played well under pressure in the World Cup to help defeat key rivals India. A majestic performance as captain with some inspiring team talks led his side to victory and this feat not only saw Pakistan win the World Cup, but of course it also meant they were the first country ever in the history of the sport to have defended the World Cup title. Naturally progressing through the ranks, Sarfraz was picked to be a part of the Pakistan One Day International squad that went on to touch India in 2007. His full debut came in November in Jaipur in the same year and he has never looked back since.
Always putting in solid performances with the gloves, Sarfraz has played key roles in the Asia Cup where he stood strong with the bat after his team crumpled and knocked an unbeaten 46 to give Pakistan a workable total. Hours later, the team won the cup, and his Test debut came against Australia in 2010 in Hobart. Appearances in all three formats of the game have followed in very high profile games and he is now the first choice batsmen for his national side. In addition to all this, his position as vice-captain of the side makes him a great guest speaker who has great values to install and stories to tell to any and all audiences, young and old, sporting and corporate. 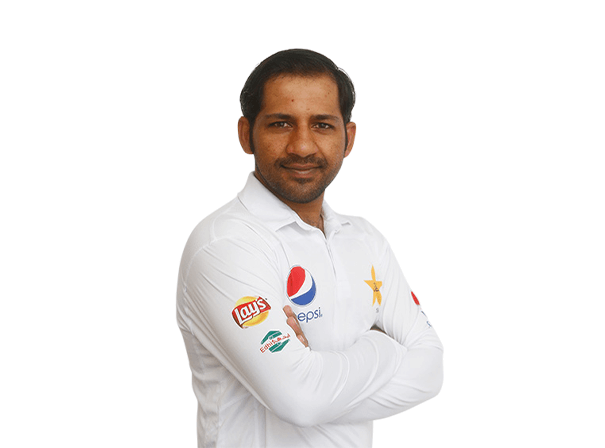