French former rugby union player Serge Betsen Tchoua was a fine flanker who had great success in English and French rugby at domestic level as well as internationally. He is now a fine sports personality who excites all sorts of audiences from corporate to private, business to school age sports fans. One of the finest flankers to ever play the game since it turned professional in 1995, Serge represented both London Wasps and Biarritzat. Serge was actually born in Cameroon but moved to France as a child, Before long he was signed up for southern giants Biarritz aged 17 and excelled on both sides of the scrum right from the off. A renowned tough tackler and great ball carrier, Serge first played for France in 1997 and went on to become a key part of the team who played in many Six Nations Championships.
In 2002 he wont the Grand Slam with France and was honoured as France’s International Player of the Year before then going on to play in the World Cup. Later in his career in 2005, Serge signed for Biarritz once more and eventually retired from the international game in 2008 before then moving to London Wasps. Since leaving all forms of the game behind, Serge has worked for London Scottish as defence coach, has created his own Serge Betsen Academy helping underprivileged children in Cameroon and also founded French Legends, another charity sports company. As such, for any charity event, sporting dinner or award ceremony, Serge Betsen makes a fine guest who adds real value. 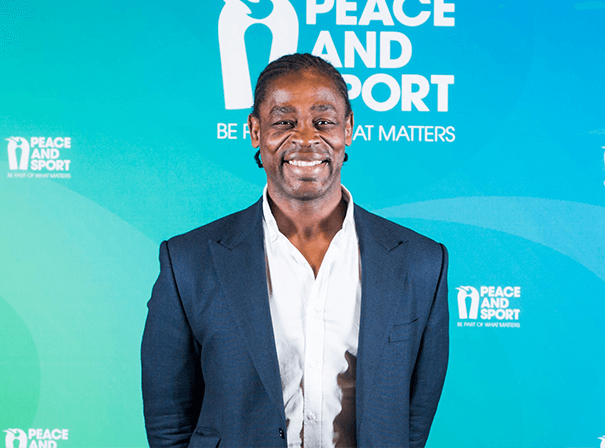