Best known as a Russian singer, Sergey Lazarev is also a famous dancer and actor. Lazarev’s career began when he joined the group Smash in year 2000 with Vlad Topalov. It was with Smash that Lazarev rose to fame in 2002, when they released their first video clip for their song titled Should Have Loved You More. In the following, the duo released their first debut album, Freeway, which sold over a million discs in Russia and other countries of the Commonwealth of Independent States. In 2004, the duo separated to pursue their solo careers. In the meantime, while Lazarev was rising in fame for his music, he was also graduating as a professional actor. Lazarev graduated from Moscow’s MKhAT Theater School in 2004. He had previously graduated with honors from Russia’s leading dramatic institute, the school-studio MAAT in 2003. For his role as Romeo, Lazarev received a nomination for a Seagull Dramatic Debut Award for Best Love Scene. He then continued to pursue his career in music, by collaboration with the British producer, Brian Rawling, with whom Lazarev recorded most of the songs for his solo debut titled Don’t Be Fake in 2005. Lazarev continued recording his new album after receiving positive feedback for his first solo album. He titled his second album TV Show, and the lead song was Vspominay, the video for which he shot in Moscow. He released the same song in English, and titled it Everytime. Lazarev also won the Best Male Singer Award in RMA in 2006 against Dima Bilan. Lazarev won the MTV’s Artist of the Year Award in 2008. In 2010 he released Electric Touch, and in 2012 Take It Off. In 2019, Lazarev was chosen to represent Russia in the Eurovision Song Contest, where he finished third in the final. 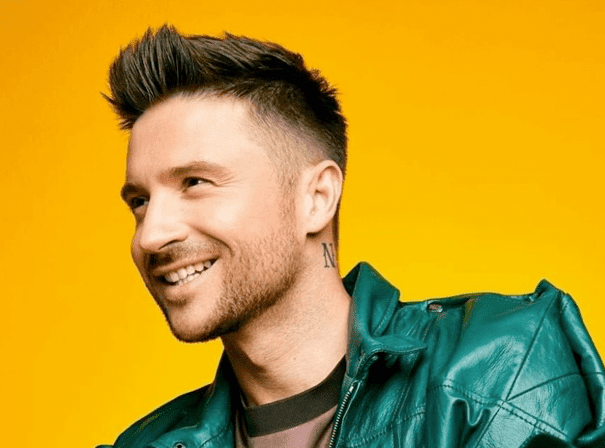