Ex-army, adrenaline junkie, 7-a-side Soccer player – Seth Jahn is a man of many lives. A multi-talented sportsman turned paralympian makes an incredible story, regardless of Jahn’s outright talent for sports. Jahn had a brief professional Soccer career after an athletic scholarship to St.Andrews University. After numerous serious injuries on multiple different occasions, Jahn got involved in military rehabilitation activities to find an outlet for his passion for athleticism, before eventually being scouted for the US 7-a-side Soccer squad.

Jahn has always been one for giving back. Following his Soccer stint, Jahn found himself working in the Emergency Services in Tampa General before signing to the US army in 2003 and then the Florida National Guard in 2006. Jahn didn’t stop there, joining Florida law enforcement before a final 3 years at the S.W.A.T team for Lake Wells. Along with Jahn’s extensive work history exists a proportionally extensive list of grueling injuries, including brain injuries, spinal cord damage, a punctured lung and nerve damage. An avid lover of more sports than you can name, it wasn’t easy for the injured athlete, but after successfully representing team SOCOM in the 2013 Warrior Games, it was clear that it would take more than a bit of pain to stop this super athlete.

From there, Jahn’s path to Soccer reginited. Scouted for the US 7-a-side, Jahn was playing professionally again by 2014, and qualified for the Summer Olympics of 2016. Jahn is an embodiment of tenacity and resilience – after everything he has been through, Jahn still holds his head high with a smile on his face. 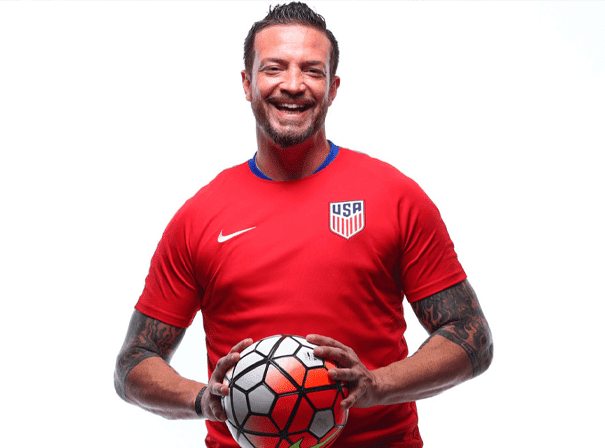