Inspirational Shaka Senghor changed his life around from imprisonment to becoming a best-selling author and leading speaker on criminal justice reform. Writing my Wrongs, his critically acclaimed memoir, was published in March 2016 and later that year he was named to Oprah’s SuperSoul 100 list of visionaries and influential leaders. Senghor also teaches as part of the Atonement Project, a joint partnership between himself, the MIT Media Lab and the University of Michigan.

Senghor was raised in a middle class neighbourhood in Detroit, and started life with a bright future and dreams of becoming a doctor. However, as his parent’s marriage deteriorated his mother became increasingly violent, and Senghor ran away from the family home at the height of the 1980s crack epidemic. He began to turn to drug dealing to survive, and was nearly killed when he was shot aged 18. A year later, Senghor went to prison for murder after shooting and killing a man, and spent the next 19 years incarcerated.

During his time in prison – which included seven years in solitary confinement – he began a journey of self-reflection, and started to understand his past, present and future potential inspired through reading and writing. Since his release, he has garnered numerous fellowships and awards, visited the White House and has given award-winning TED talks. He continues to work tirelessly to help create societal and personal change and works with nonprofits to help lift others up. 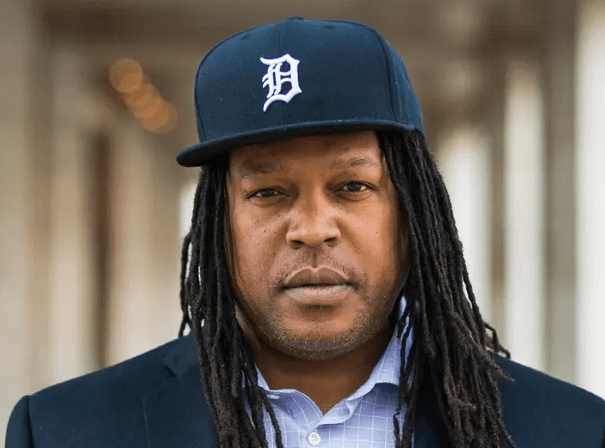