Shannon Gibbons competed on American Idol Season 18 in 2020. Shannon went to Savannah to audition and performed Etta James’ “I’d Rather Go Blind.” She advanced to the next round after all three judges voted “yes.” Shannon was included in the first part of Hollywood Round alongside Kay Genyse, Bilaal Avaz, and Lauren Spencer-Smith in the “Genre Challenge” category, performing Kodaline’s “Everything I Want.” Along with Bilaal and Lauren, she made progress. She was put in the same deliberation room as Jeb Vonderbruegge, Jovin Webb and Nick Merico after her untelevised final Solo appearance, where the judges announced that everyone had advanced. In the Hawaii round, Gibbons performed Adele’s “Give My Love (To Your New Lover).” Following that, the judges told her that she would not be a Top 20 finalist.

Gibbons has a deep, soulful, bluesy voice that is both moving and soul-illuminating while she performs, and many thought she would easily make it into the Top 10 based on the quality of her vocals. She was a shy girl who suffered with depressive episodes as a child, so jumping around maniacally on stage and putting on a show was probably not in her wheelhouse. Gibbons was told that, despite having a fantastic voice (she had set a golden “Shannon Standard” at her audition), the judges had to make the difficult decision to replace her.

Gibbons accepted the decision with dignity, but social media wasn’t so gracious: “They made a huge mistake, BIG! You are a superstar! If I’d closed my eyes, I’d of thought it was Adele. A record label must pick you up, Shannon!” said one of her many admirers. In late 2020 Gibbons became the front woman of pop band Beat The System, with the band releasing their first single Chasing the High in April 2021. 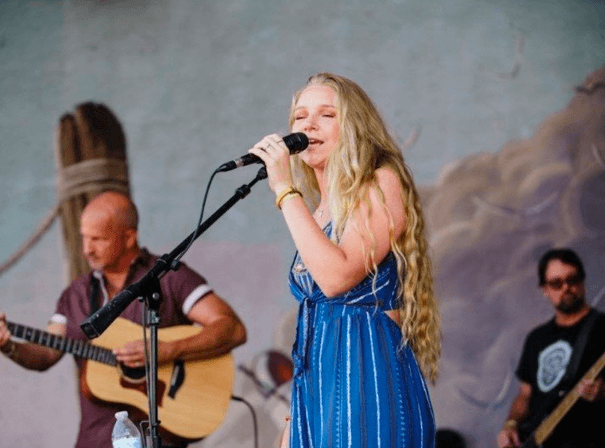