Shawn Eckels is the long-standing guitarist of eccentric and electric blues rockers Andy Frasco & the U.N. Since forming in 2008, the band has released seven studio albums, most recently ‘Keep on Keepin’ on’ in 2020, as well as the live album Songs From The Road in 2017, which was recorded at the Tucher Blues and Jazz Festival in Bamberg, Germany. Notoriously hardworking, the band are regulars on the festival circuit, including appearances at the Electric Forest Festival and the Zwarte Cross Festival in the Netherlands, the world’s largest motor festival. They introduced megastars The Flaming Lips at Wakarusa Music and Camping Festival in 2014. The music website Souls in Action have described Andy Frasco & the U.N.’s live performances as ‘a boisterous blend of harmonic funk and jazzy influences, all topped with boundless energy’.

Before joining Andy Frasco & the U.N, Eckels spent more than a decade fronting and touring the band Speakeasy from Springfield, Missouri. Nowadays, Eckels plays with a wide variety of musicians. He frequently teams up with Kory Montgomery of The Kory Montgomery Band and The Drunken Hearts and appears regularly in the line-up of the Shakedown Bar in his hometown of Vail, Colorado. He performs as a duo and in full bands with Scott Rednor of Brother’s Keeper and the Dean Ween Group, the brainchild of legendary Ween frontman Michael Melchiondo Jr. He also plays in the cover band Evil Dave with Todd Smallie and Shaun Gilmour. Recently Eckels has performed regular gigs via live stream courtesy of the live music magazine Relix. 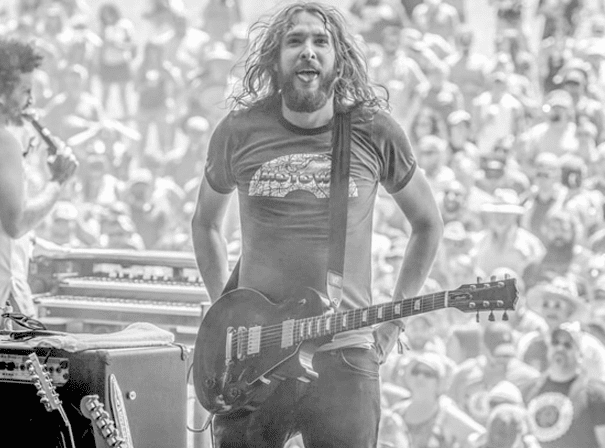