Sheila E is the stage name for Sheila Cecilia Escovedo, commonly known by the general public and those in the music industry as The Queen of Percussion. Sheila is known for being a successful actor, author, singer and percussionist – with notable moments being as a percussionist and singer for The George Duke Band who have been nominated and won prestigious Grammy Awards. Sheila went on to acclaim as a solo singer, starting with a debut album that included the single The Glamorous Life – a career defining single for Sheila as this was written by the legendary Prince and reached Number 1 on the Billboard Charts in the dance category.

Sheila followed this success with singles such as A Love Bizarre, which has become one of his signature classics. From this success, Sheila went into acting, appearing in four films: Krush Groove with Run DMC, LL Cool J and Blair Underwood, The Adventures of Ford Fairlane, Chasing Papi and Prince’s concert film Sign “O” The Times. Pivoting again, Sheila went into music production, working with the likes of Beyonce, Ringo Starr and Phil Collins, and has performed on shows such as Good Morning and Prince’s One Nite Alone…Live Concert!

Sheila is well known for her tenacity and talent in the industry, and has performed with Hans Zimmer for films such as The Boss Baby, Man of Steel and Batman V Superman: Dawn of Justice. Other interests include being the co-founder of Elevate Oakland, with her friend Lynn Mabry, a nonprofit that uses music and art to serve the needs of youth in Oakland public schools. 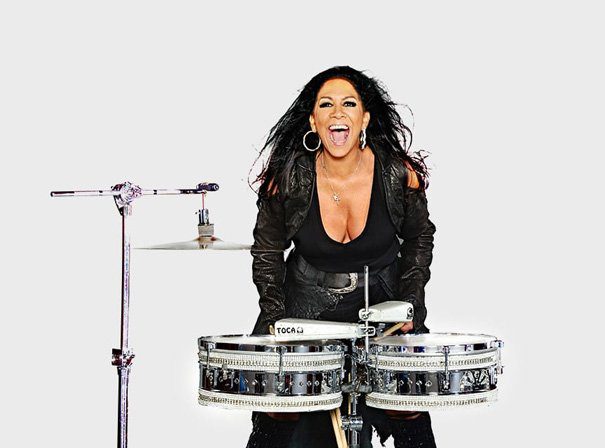