Prolific actress, entertainer and digital content creator Shenae Grimes-Beech is a force to be reckoned with. Instantly recognisable for her youthful looks and on-screen vulnerability, Grimes-Beech is a champion of giving life to iconic characters. Perhaps best known for playing Annie Wilson in 90210, Grimes-Beech has forged an incredible career in the industry. Born and raised in Toronto, Canada, Grimes-Beech caught the acting bug in her childhood years. Starring as Darcy Edwards in the well-received teen drama Degrassi: The Next Generation, Grimes-Beech had an explosive debut on the small screen. Now a sought after television personality and online star, Grimes-Beech continues to defy expectations.

Throughout her illustrious career, Grimes-Beech has earned acclaim for her diverse projects. For playing Darcy in Degrassi: The Next Generation, she received a Gemini Award and a Young Artist Award nomination. Starring in the topical Syrian immigrant story The Cross Road, Grimes-Beech and the cast earned several accolades including an Angel Film Award from the Monaco International Film Festival. After a flurry of impressive roles in the horror film Scream 4, detective series The Detail and a guest role on the CW’s subversive series iZombie, Grimes-Beech’s work speaks for itself.

Behind the camera, Grimes-Beech wrote and directed the music video “Myself and I” for her well-received single. Grimes-Beech has also cultivated an impressive following across her social media channels – with 8 million views on her YouTube channel. Passionate about navigating motherhood alongside her fans, Grimes-Beech regularly posts on her blog, thedamnthing.com about the everyday hurdles. From beauty, work and relationships to sharing the lessons she has learned along the way, Grimes-Beech offers an authentic look into her personal experiences of being a Mom. As Grimes-Beech continues to hone her craft, she will be entertaining audiences for years to come. 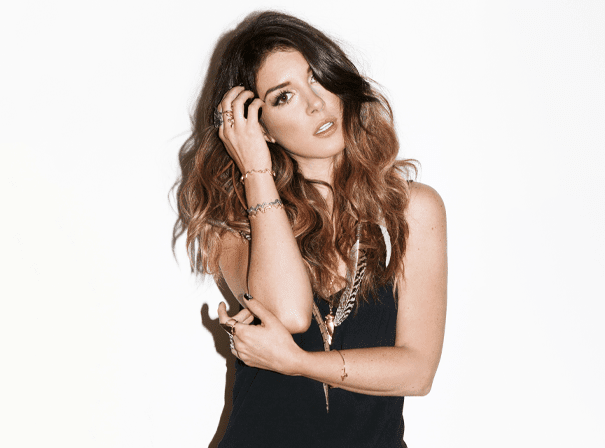