Shi Zhiyong is a world-class athlete who competes internationally for China in weightlifting. He was born in 1993 as Shi Lei but was re-named by his coach after a previous Olympic Champion Shi Zhiyong. His height is 5ft. 6 inches and his weight 161 lb, and his club is Zhejiang Province. He initially competed in the 69 kg category and moved on to the 73 kg group when the classes were changed by the IWF in 2018.

In 2016, Zhiyong represented China at the Olympic Games in Rio de Janeiro in the -69 kg group. He won a gold medal with a total of 352 kg. In this achievement he followed the athlete the coach had named him after. He has achieved gold at the World Championship three times. In 2015 he had a total of 348 kg winning a gold in the clean and jerk and total and in 2018 the categories had been changed so he competed in -73 kg, winning a gold in both the clean and jerk and snatch with a total of 360 kg, which secured gold.

In 2019 he achieved gold in snatch and clean and jerk with a 356 kg total, winning gold. In the Asian Championships in 2012, 2016 and 2019 he has won gold. He holds the current world records in the -73 kg class for the snatch, clean and jerk and total. In 2019 he won gold in the IWF World Cup. He is a clear leader in his weight category for Olympic qualification among a strong Chinese team, ahead of the Olympics in Tokyo. 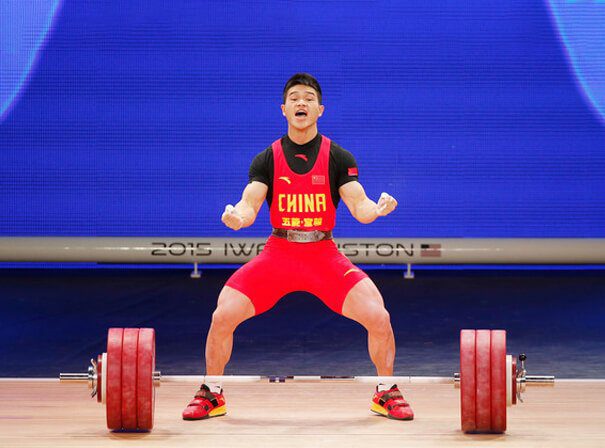