Simon Shaw is a prominent English rugby union player who plays for Toulon and has represented England. Born in Kenya but of English descent, Shaw is one of the tallest men to ever have played for England standing at 6ft 8 inches tall.
Shaw was in fact a late starter, only playing rugby seriously from the age of 16 but he soon impressed with his physical presence. His first youth team was Cranleigh Rugby Club – where he often returns to train with the youth teams – and his first professional team was Bristol in 1990. He played with the West Country team for seven seasons before moving to London Wasps for four seasons and then moving to French team Toulon in 2011. For Wasps he clocked up 306 caps and amassed 128 points, whilst his England debut came in 1996. Playing for the national side a total of 71 times and scoring ten points, Shaw also represented the British and Irish Lions in 1997, 2005 and 2009. In 2011, Simon Shaw became a director of Rugby Hospitality company Set Piece Events and one of his greatest records is the fact that in May 2008 he became the first player ever to play in a total of 200 Premiership matches. Struggling with injury more than once during his career, Simon Shaw is well placed to speak about battling adversity, self motivation and a variety of other topics at public, private or business events. 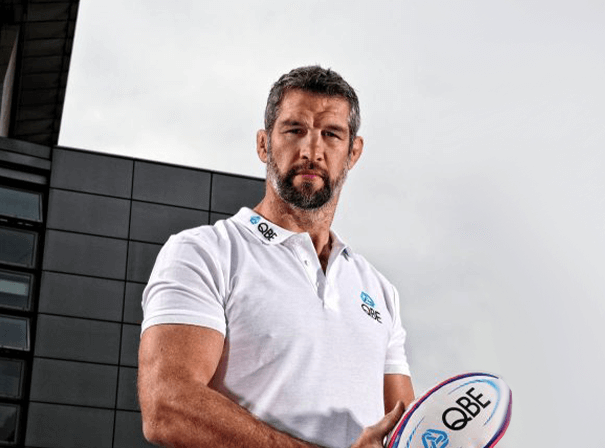