The intriguing Simona Mangiante is a lawyer, actress, model, artist and the wife and public spokeswoman of former Trump aide George Papadopoulos. A lawyer with extensive working experience in diplomatic relations and international law, she spent 7 years after graduation working in child protection polices and human rights at the European Parliament in Bruxelles. As an actress she has an impressive list of film and TV credits to her name, including Affairs on Capri, Sci-Fi movie Gliese, docu-series Papa and the series Insurrection II. The multi-talented star speaks five languages and has also enjoyed an extensive modelling career which includes work for major brands including Ted Baker, Versace and Gucci. In 2019 she created AGAPE by Simona, her own fashion line.

Born in Italy, Mangiante earned her degree in International Law and Legal Studies from the University of Valencia and went on to study for a Masters degree majoring in International Relations and Affairs from the University Libre de Bruxelles. During her many years working as a lawyer she worked with the European Union as an expert on cases including child kidnapping. In 2016 she was promoted to the role of an executive in International and Diplomatic cooperation at London’s centre of International Law practice. In 2018 she moved to the United States where she married political contributor and author George Papadopoulos and she has continued to pursue her acting career.

Whether she is supporting her husband, acting, modelling or creating her own fashion line, the world’s media can’t get enough of the fascinating Simona Mangiante, and her star continues to rise. 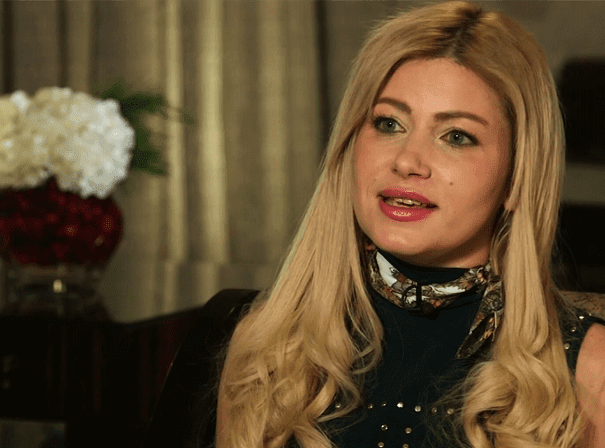