The wonderful Nicole Elizabeth LaValle, née Polizzi, who is best known by her nickname Snooki, is a reality TV personality, host, and entrepreneur. She was a cast member of the MTV reality show Jersey Shore, and starred in Snooki & Jwoww, and Jersey Shore: Family Vacation. She is the owner of The Snooki Shop, and the founder of Messy Mawma Wine. Since appearing on Jersey Shore in 2009, Snooki has gained huge popularity, leading to numerous talk show appearances, web and TV series participation and hosting, and a social media following of millions.

Born in Chile, and raised in New York, Snooki was a cheerleader during High School and went on to study as a veterinary technician at college. She became a public figure after she appeared in an episode of the reality TV series Is She Really Going Out with Him? in 2009, and was then cast in the reality TV series Jersey Shore, going on to feature in the show for six seasons until 2012. She quickly built up a massive fanbase, and went on to become a regular face on TV, appearing in such shows as When I Was 17, Cake Boss, WWE Raw, Silent Library, Dancing with the Stars, Celebrity Fear Factor, Ridiculousness, Cribs, and, of course, her own spin-off show Snooki & Jwoww, which ran for four season between 2012 and 2015. She is currently the host of Messyness, an MTV comedy clip show.

Snooki regularly connects with her millions of followers and fans through Facebook, Instagram, and Twitter, posting pictures and videos of her life in entertainment. She is available for that personalised shout-out via the Cameo platform, has a dedicated YouTube channel, Nicole Polizzi, and an official business website, thesnookishop.com. 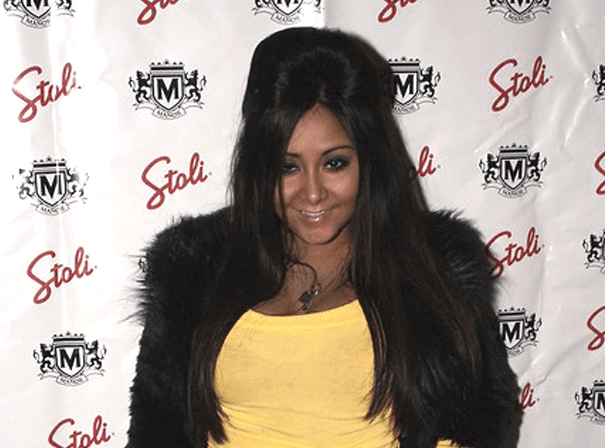