Football star in the making Sonny Perkins is a teenage prodigy who has been on fire for West Ham youth teams in recent seasons. Previously an attacking midfielder, an injury crisis in the Hammer’s youth ranks meant a switch to playing striker for the young player and he hasn’t looked back since scoring a perfect hat-trick in his debut match as a centre forward for the Under-18s. In a rapid and remarkable rise to success his unbelievable form saw him promoted to the Under-23s, and just two months after playing in the Under-18s as a midfielder Perkins made his first team debut playing in the Europa League as a striker. Perkins has also represented England at different youth levels, netting a hat-trick for The Three Lions in a UEFA Development Tournament against the USA.

Born and raised in Hackney, Perkins joined West Ham’s Academy of Football from Leyton Orient at the end of the U14s phase. An east Londoner his whole life, he had previously joined Orient when he was 8 years old.

Perkins was just 17 years old when he made his first team debut in the UEFA Europa League Group H win away at Rapid Vienna as a substitute, and two weeks later he made his full debut against GNK Dinamo Zagreb at London Stadium. Perkins is relishing the chance to train and play with the many great players at West Ham, and undoubtedly has an incredibly bright future ahead of him. 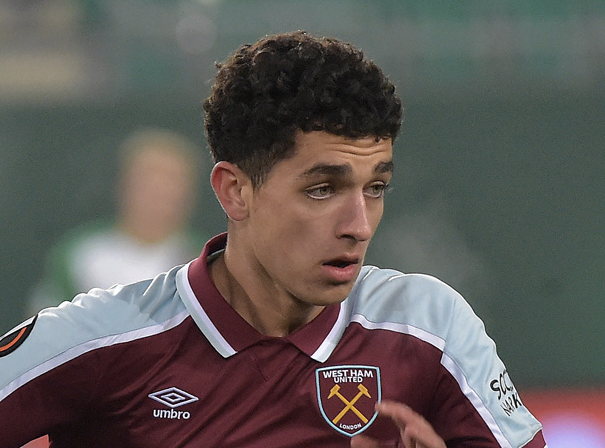