Steve Young spent 15 years playing in the NFL for the San Fransisco 49ers, and was inducted into the NFL Hall of Fame in 2005.

Throughout his high school and college career, Young was a prolific and talented football player. He attended Brigham Young University where he gained a BS in Finance and Political Science and was also an integral part of the school’s football team. With him as part of the team they set several new records, including the highest average yards of total offense per game, most of which came from Young’s passing and rushing. After graduating he was chosen by the Los Angeles Express in the 1984 USFL draft, and just two years later was signed by the NFL team the Tampa Bay Buccaneers. Young moved to the San Francisco 49ers in 1987 where he played for 13 seasons. During his time there he was awarded many accolades, including the NFL’s Most Valuable Player in 1992 and 1994, and the MVP of the Super Bowl XXIX. When he retired he had the highest passer rating of NFL quarterbacks with more than 1500 passing attempts.

Since retiring from professional football, Young has been heavily involved in charity and outreach work, including founding the Forever Young Foundation which works with children’s charities in San Francisco and Utah. He’s also written a children’s book called Forever Young. He often appears on talk shows and was the studio presenter of the Super Bowl XXXIV game. 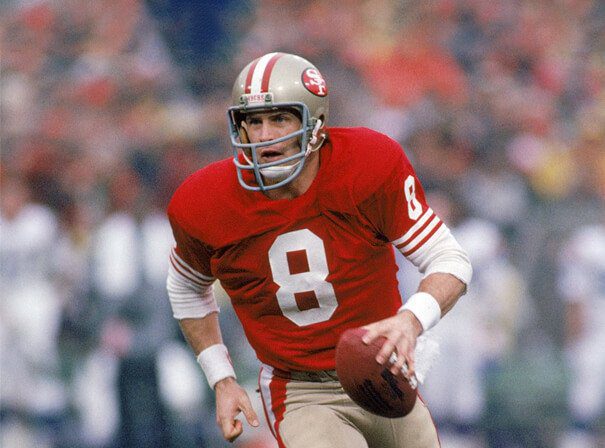