Sui Wenjing and Han Cong have become one of the most successful figure-skating partnerships of recent years. They recently confirmed their status at the top of their sport with their gold-medal-winning performance at the 2022 Winter Olympics in Beijing. This victory saw them become the first skating duo to ever complete a Super Slam, having won every major skating competition possible at both junior and senior-level: the Olympics, the World Championships, the Four Continents Championships, the Grand Prix Final, and the Junior World Championships and Grand Prix.

Wenjing and Cong were both inspired to start skating after watching Sheng Xue and Hongbo Zhao at the 2002 Winter Olympics and began working together in 2007, despite neither having tried pair skating before. They burst onto the world scene by winning gold on their international debut at the 2009-2010 Junior Grand Prix (around the time that their heroes Xue and Zhao won Olympic gold). 2010 also saw them win the first of three consecutive World Junior Championship titles. They were clearly something special.

At the same time as dominating the junior skating world, Wenjing and Cong were also making a big impression on the senior circuit, winning medals at tournaments in China and America. In 2012, they won the first gold towards their Super Slam at the 2010 Four Continents Championships. Over the rest of the decade, they became unassailable, winning everything in their path, constantly pushing the boundaries and becoming the first skate pair to land throw quadruple chalrows and quadruple twists in competition. 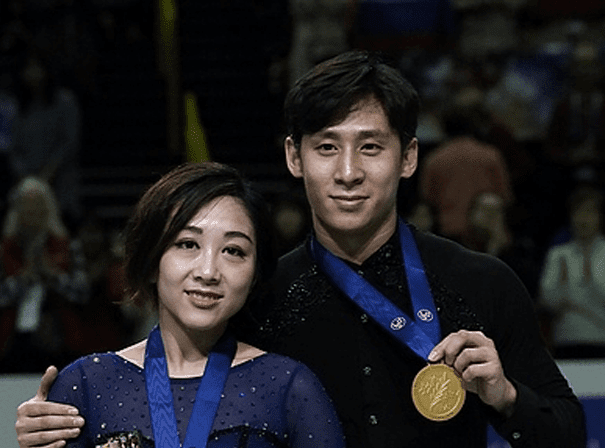