Striking supermodel, actress and entrepreneur Suki Waterhouse is making waves in the industry. She has walked for all the major fashion houses, starred in a string of well-received films and is the co-brainchild behind the brand Pop & Suk. Born and raised in Hammersmith, London, Waterhouse launched her modelling career in her teenage years and soon sparked a lingerie modelling career for Marks & Spencer. Since then, she has been an unstoppable force in the world of fashion and beauty. Waterhouse has been the face of Burberry and Redken and modelled for the likes of Lucy in Disguise, Tommy Hilfiger, H&M and Caterina Gatta. From featuring on international covers of Vogue to Marie Claire, Waterhouse is one of the most sought after artists of her generation.

Throughout her illustrious career, Waterhouse has left a lasting impression. Branching into the film industry, Waterhouse is an award-winning actress. Cast as the titular The Girl Who Invented Kissing, Waterhouse garnered high praise for her gritty performance as the drifter girl. She went on to earn a Best Actress award from the New York City International Festival, as well as several nominations. Starring in the historical drama The White Princess, Waterhouse left critics and fans alike in awe of her candid performance. Some of her other credits include Pride and Prejudice and Zombies, Pokemon: Detective Pickachu and A Rainy Day in New York.

Beyond the camera, Waterhouse launched the highly successful brand Pop & Suk alongside her best friend Poppy Jamie and Leo Seigal. The signature brand has appeared across multiple publications like Harper’s Bazaar and Vogue. Many celebrities have been seen sporting Pop & Suk merch, from Lady Gaga to Cara Delvingne. With a focus on her film career, Waterhouse has a starring role in the 1970s biopic series Daisy Jones & The Six and Creation Stories. As Waterhouse continues to balance her modelling, brand and rapidly growing acting career, she will continue to surprise fans for years to come. 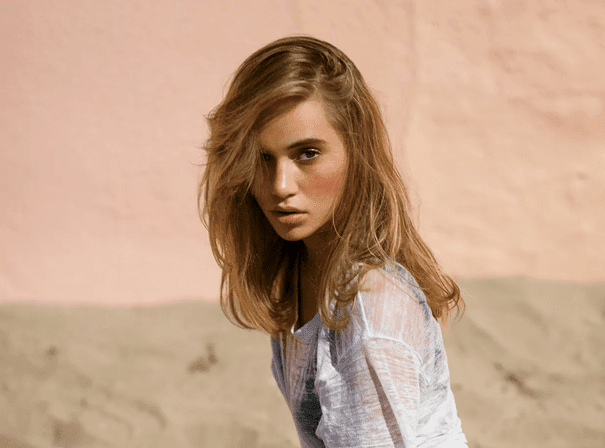