A remarkable space plasma physicist, research scientist and mountaineer, Suzie Imber specializes in studying space weather and understanding the impact of solar wind on magnetized planets, specifically Earth and Mercury. During her undergraduate education, Imber studied physics at Imperial College London and undertook two internships at NASA, working in the Heliophysics Division at NASA’s Goddard Space Flight Center. She has led an exhilarating career since graduating from the University of Leicester with her PhD in physics and astronomy in 2008, the same year she joined NASA at the Goddard Space Flight Center as a research scientist.

Imber is a co-researcher on Leicester’s x-ray spectrometer onboard the ESA/JAXA BepiColombo spacecraft that launched in October 2018 and will arrive to Mercury in 2025. This mission will provide the most complete exploration of Mercury to date. Imber has written code to identify and map unclimbed peaks in South America and some of the most remote regions of the planet and found hundreds of unclimbed and nameless mountains. Every year, she scales some of those uncharted mountaintops, making discoveries and collecting scientific data. Imber won BBC 2’s Astronauts: Do You Have What It Takes? in 2017 and earned Canadian astronaut Chris Hadfield’s support for her application to join the European Space Agency. Since winning, Imber has passionately worked toward raising the aspirations of children and sharing her enthusiasm for her career by launching a public engagement programme and personally speaking with more than 35,000 young students across the country. 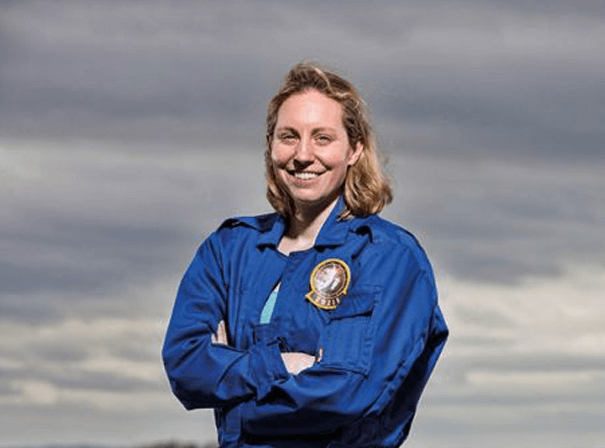