Terrelle Pryor Sr. is wide receiver and former quarterback in the NFL. Pryor was widely regarded as the nation’s top football prospect in 2008, and was voted “Junior of the Year” by Rivals.com. He was the most recruited high school football-basketball player in southwestern Pennsylvania since Tom Clements. Pryor had hoped to be a two-sport athlete because he was one of the most highly recruited high school basketball players in the US, but he ultimately chose football.

He was the starting quarterback for the Ohio State Buckeyes from 2008 to 2010, when they won the Big Ten championship twice. Several suspensions and allegations of selling memorabilia marred his college career, leading to his eventual withdrawal from the university. The Oakland Raiders selected Pryor in the third round of the 2011 NFL Supplemental Draft. He then played for the Oakland Raiders from 2011 to 2013, before going on to appear for the Seattle Seahawks, Kansas City Chiefs, and Cincinnati Bengals. With the Cleveland Browns in 2015, he switched to wide receiver full-time and later played for the Washington Redskins, New York Jets, Buffalo Bills, and Jacksonville Jaguars.

Pryor became the first player in the NFL since Frank Gifford of the New York Giants in 1959 to have at least 120 receiving yards, 30 passing yards, and 20 rushing yards in a game, which he accomplished while playing for the Cleveland Browns in a match against the Miami Dolphins in 2016. Pryor keeps up with his fans on Instagram and Twitter, where he boasts over 264,000 and 143,000 followers, respectively. 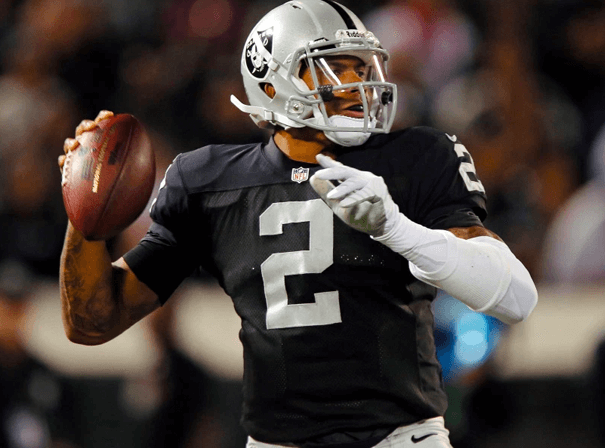