Olympic bronze medalist Thomas Gilman is a freestyle and folkstyle wrestler from the United States. He competes at 57 kg. In the freestyle event, Gilman won the Pan American Continental title in 2021, the 2021 World Championship (finalist in 2017 and 2022), and the bronze medal at the 2020 Tokyo Olympics. Gilman represented the University of Iowa in folkstyle and was a three-time NCAA Division I All-American, 2016 NCAA national runner-up, and Big Ten Conference winner.

Gilman took part in the opening round of the men’s 57 kg freestyle competition for the 2020 Summer Olympics. He ultimately lost against two-time World Champion and eventual Olympic victor Zaur Uguev of the Russian Olympic Committee. Gilman was called into the repêchage to compete on August 5, dominating Gulomjon Abdullaev from Uzbekistan and ’19 Asian champion Reza Atri from Iran to win the bronze medal for the United States. Gilman competed for the US World Team from October 3 to 4, and since he won an Olympic medal, was entitled to represent the US automatically in the 2021 World Championships. 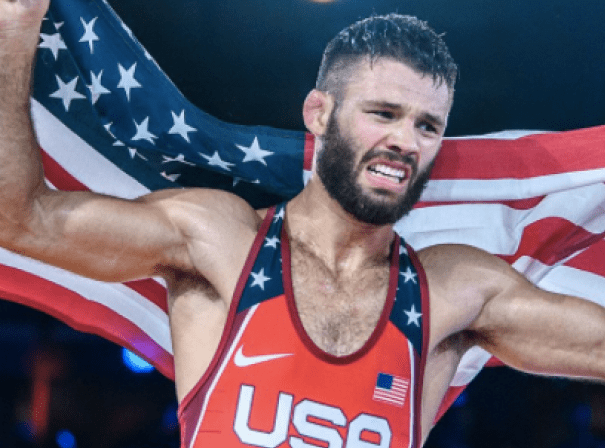