Serbian taekwondo athlete Tijana Bogdanović is a European Champion, and an Olympic, European Games and World Championships medallist. Bogdanović competes in the -49kg and -53kg divisions, and has consistently positioned herself near the top of the World and Olympic Kyorugi Rankings. She was named Serbia’s Best Young Athlete in 2015.

Expectations for Bogdanović’s senior career were high, and she very soon delivered. Following wins at events such as the Greece Open and the Fujairah Open, she took a senior World Championships bronze in 2015, and claimed silver at the European Games in Baku. She later began picking up podium finishes at the Grand Prix, and earned her first senior continental title at the 2016 European Championships in Montreaux. Following a hugely successful season, Bogdanović travelled to the Olympic Games in Rio de Janeiro, where she ultimately advanced to the final and won silver following a close-fought fight against Kim So-hui.

In recent years, Bogdanović has added to her tally with team and individual gold medals from the Universiade in Taipei, claimed another gold at the European Multi Games, and took her first Grand Prix gold at the 2019 final in Moscow. In 2020, she qualified to represent Serbia at the Tokyo Olympic Games on the basis of her World Taekwondo ranking. 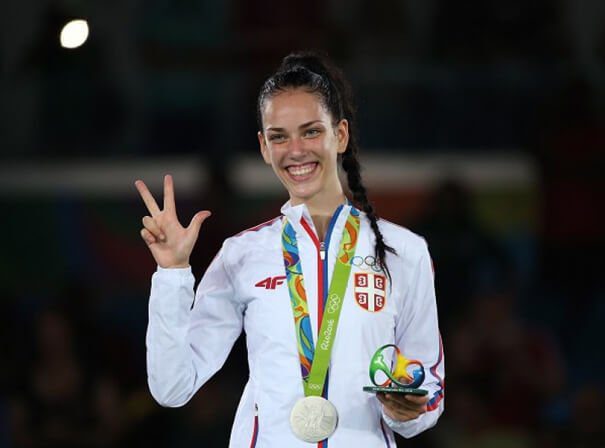