If one word captures the essence of Tim Campbell, it’s versatility. An actor, dancer, singer, host, and event emcee, he has been a fixture of Australian life since the early 1990s. His breakthrough success really came with the role of Dan Baker in the iconic soap opera, Home and Away. He followed this with a groundbreaking role in award-winning drama House Husbands, playing one half of the first male couple on Australian primetime television to have a child. As himself, he has hosted numerous game shows, including Million Dollar Wheel of Fortune, Celebrity Singing Bee, and National Bingo Night. He also fronted the popular travel series Discover Tasmania and has appeared in movies including Hopelessly Devoted to You, a biopic of Olivia Newton-John.

On stage, Campbell is a renowned dancer and performer. He has starred in and toured with some of the most famous productions of the last 50 years, including Rent, Hairspray, Wicked, and Grease. His talent led to him becoming a contestant on TV’s Dancing with the Stars, finishing third. As a singer, he has released two well-received albums: High School Disco, which features classic hits of the ’60s, ‘70s, and ‘80s; and Electrifying Eighties, which pays tribute to the classic pop hits of Stock, Aitken & Waterman. His tours in support of the album were packed with sell-out shows. His band, the Tim Campbell Band, are much in demand for corporate events.

Whether as a singer, emcee, or keynote speaker, Campbell’s energy and entertainment skills are often sought after by high-profile clients, including the likes of Coca Cola, Fiat Chrysler, Honda, Nestle, the RSPCA, and Volvo. 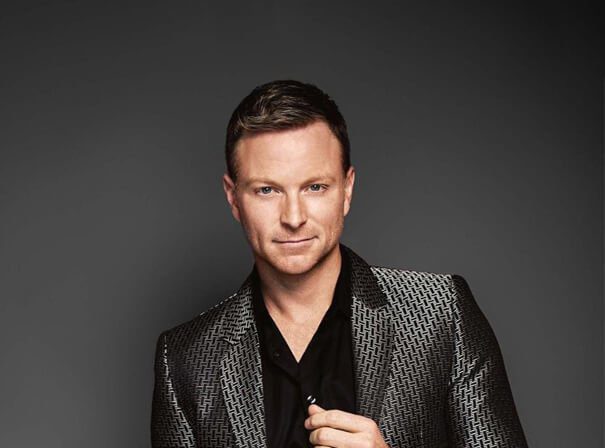