German Soccerer and prolific goal scorer Timo Werner is a striker for both his national team and Premier League club Chelsea.

With his father also playing professional Soccer, Werner was always destined to end up on the pitch too. He was a prodigious player throughout his youth, joining the academy training programme for VfB Stuttgart and fast tracking through the scheme to make his Under 19 debut when he was just 16. He became the youngest ever player to debut for Stuttgart aged 17 at the 2013-2014 UEFA Europa League qualifiers. After two more successful years with the club, Werner signed to RB Leipzig, making his 100th Bundesliga appearance and helping the team qualify for the UEFA Champions League during his first season with the club. In 2018 he became the youngest player to have ever made 150 Bundesliga appearances, reaching the impressive milestone of 200 the following year. At the start of 2020 he signed with Chelsea, and looks set for an exciting few years with the team.

Alongside his club career, Werner also plays for the Germany national team. He played in the 2018 FIFA World Cup after being called up to the senior squad just a year earlier. Werner’s speed and agility on the pitch make him one of Germany’s, and Chelsea’s, best assets and the stage is set for many more years of top level play. 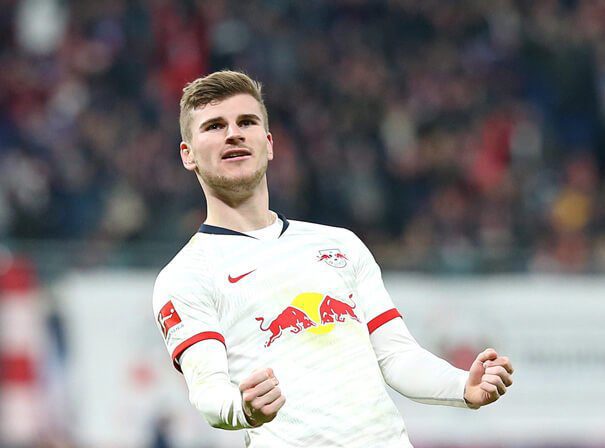