TJ Sanders is a professional male volleyball player from Canada. He has had a storied career, winning both national and international championships. He became a sports star when he helped Canada to a gold medal at the NORCECA Continental Championships.

Born in Winnipeg, Manitoba, his family moved to London, Ontario, when he was young. His sister, who had also played volleyball at collegiate level, inspired him to pursue the sport. At twelve, he joined the same club she had, and soon made a name for himself as a promising young player. He attended the University of Manitoba and McMaster University, where he developed his skills. His early successes include competing internationally in the U-21 Championships, where Canada came 11th , and fifth in the Universiade in 2013.

He began to reach top rankings after winning bronze for Canada at the Pan American Games in Toronto as well as the aforementioned Gold medal, both in 2015. His specific talents have been lauded by sports fans and his team members, who have cited him as one of the best setters in the sport. He ranked third amongst setters at the FIVB World League Group 2. He has been a key part of the Canada Squad’s success at the 2016 Rio Olympics, helping them to fifth place. In 2017/18, he won the Polish Cup, and also led his team to bronze medal victory in the FIVB World League. 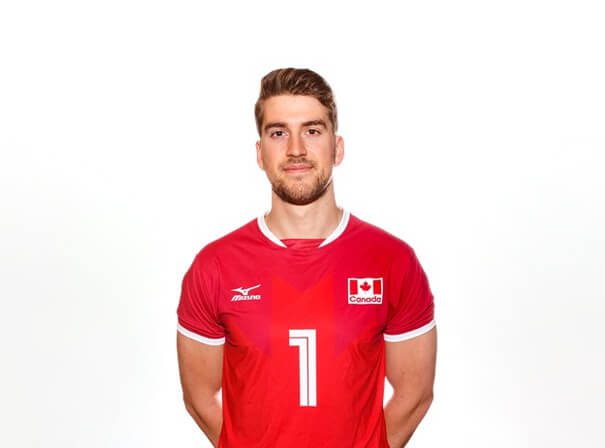