Talented goalkeeper Tom McGill has rapidly worked his way through Brighton & Hove Albion’s youth ranks to become one to watch. McGill joined the Premiership side’s academy when he was 14 years old, and his natural talent and skills were recognised by The Three Lions who chose the young keeper to represent England at Under-17 level on six occasions.

Born in Canada, McGill moved to England at a young age and joined the Bright & Hove Albion academy in 2014. He quickly progressed through Albion’s youth ranks, making more than 30 appearances for the Seagulls at Under-18 level in the Premier League South before becoming part of the under-23 squad for the 2018/19 season. After moving to Greenwich Borough on a loan move, the talented young keeper got himself noticed during his debut in Premier League 2 Division 1 against Manchester City at the Academy stadium, keeping a clean sheet and making several important stops. Following a loan spell with Basingstoke Town, McGill went on loan to Crawley Town where he made his professional debut against Walsall in a League Two match.

In 2020 McGill was out of action following an FA Cup fixture with Torquay United that left him in hospital with heavy concussion. After fully recovering, he was later recalled from his loan by The Seagulls, and on the 3rd of February 2021 he was named in the Brighton match day squad for the first time. 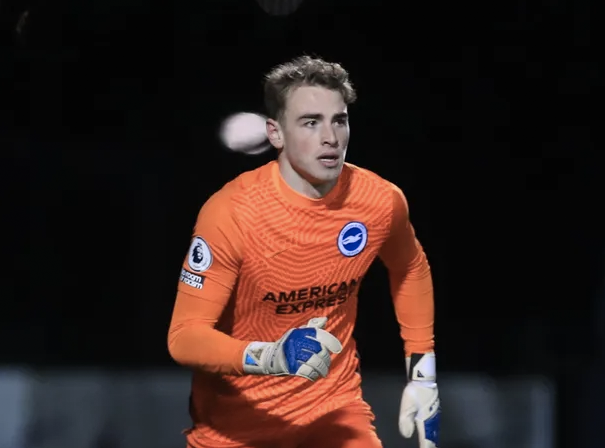