Tori Spelling is an American actress, known for her iconic role as Donna Martin on the hugely popular show Beverley Hills 90210. This show catapulted her and her co-stars (including Luke Priestly and Shannen Doherty) to stardom, and cemented her role in Hollywood as a teen queen. The show’s cult status has persisted, and Spelling reprised her role as Donna in the 2007 spin-off 90210.

Born in Los Angeles to a movie producer, performing was in Spelling’s blood. Her career on the American screen (big and small) has been lengthy and varied; she first started acting as a child, in legendary shows such as Fresh Prince of Bel Air and Saved By The Bell. Her breadth of roles has developed her skill as a comic and dramatic actress, landing her in good stead for her role on Beverley Hills, 90210.

Tori Spelling’s career and life has been the subject of immense fascination, and this interest has resulted in Tori herself being the subject of several reality shows, such as True Tori and Tori and Dean: Home Sweet Hollywood – the latter of which ran for four seasons. Her bubbly and fun personality has made her a presence on other shows such as Big Brother and RuPaul’s Drag Race. She has written six books, with her first autobiography Stori Telling landing #1 on the New York Times bestseller list.

In recent years, she has expanded her skills: she worked as co-producer (as well as starring in) the comic-drama BH90210, the storyline of which involves the original stars of Beverley Hills, 90210 attempt to launch a reboot of the show. She continues to live in LA with her husband Dean McDermott and their children. 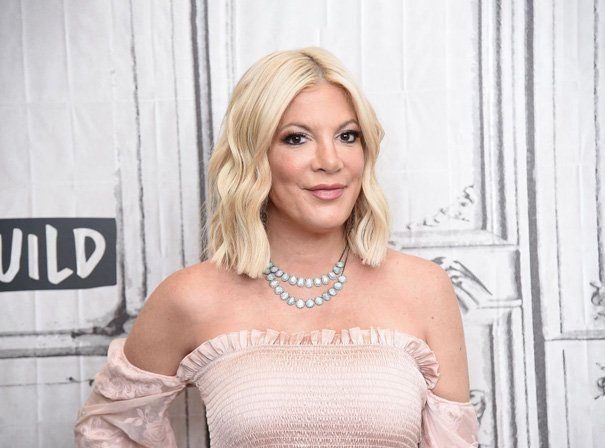