Trish Regan is an American television host, columnist and author, currently known as the host of Fox Business Network’s Trish Regan Primetime. One of the best-known figures in financial journalism, she has previously worked with Bloomberg Television and CNBC, and has been nominated for two Emmy Awards.

After graduating cum laude from Columbia University and working in investment banking, Regan’s media career began in 2001 at CBS. She worked on the network’s MarketWatch division, acted as business correspondent for the nightly CBS Evening News, and additionally reported for 48 Hours and Face the Nation. Her work at the network landed her an Emmy nomination for Investigative Reporting, and she was awarded the Northern California Society of Professional Journalists’ Most Outstanding Young Broadcast Journalist Award. In 2007, she moved to CNBC, where she hosted daily markets show The Call and developed long-form documentary programming. Here she earned her second Emmy nomination, and was nominated for a Gerald Loeb Award for Distinguished Business and Financial Journalism for her investigative piece on the New Orleans levee system in the wake of Hurricane Katrina.

After leaving CNBC, Regan worked at Bloomberg, where she anchored Street Smart with Trish Regan, before moving to Fox in 2015. She has since contributed to both the Fox Business Network and the Fox News Channel, and is today the face of the popular Trish Regan Primetime. Beyond television, Regan is the author of Joint Ventures: Inside America’s Almost Legal Marijuana Industry, and is a columnist for USA Today. She is a member of the Council on Foreign Relations, and is fluent in English, Spanish and Italian. 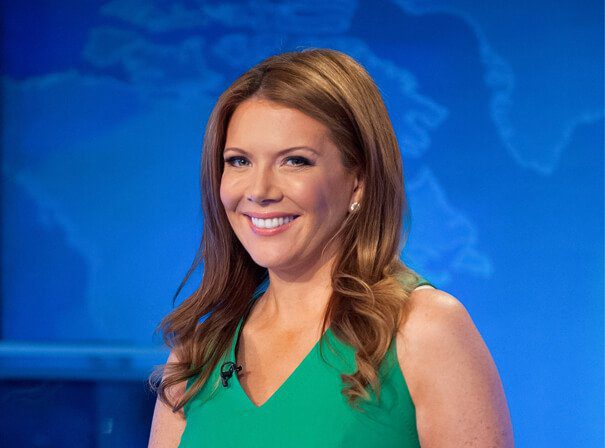