One of the most recognisable figures in the global entertainment industry, Tyra Banks is an actress, author, model, singer and American TV personality.

Best known for hosting VH1’s America’s Next Top Model and NBC’s America’s Got Talent, Banks was born in California, and by the age of 15 had already kicked off a modelling career. She went on to become the first woman of African-American descent to star on the cover of GQ and Sports Illustrated Swimsuit Issue. Further modelling accolades include being a Victoria’s Secret Angel for eight years, a position that helped make her one of the top-earning models in the world.
Banks’ acting career famously started with an appearance in the much-loved ‘90s series The Fresh Prince of Bel-Air, followed by a cinema debut in 1995’s Higher Learning. Notable roles continued to appear, with parts in Disney Channel’s Life-Size, the box-office smash Coyote Ugly and a range of horror, comedy and action films, such as Love & Basketball and Halloween: Resurrection.

Banks is also a published author, penning Modeland, a book based on her life as a model that topped The New York Times Best Seller list in 2011. Thanks to these varied accomplishments, Banks often ranks amongst the world’s most influential people. She runs her own cosmetics range and has appeared in a number of high-profile music videos as well as giving guest lectures on personal branding at Stanford University. To this day, few people have found the same levels of success and global notoriety as Tyra Banks. 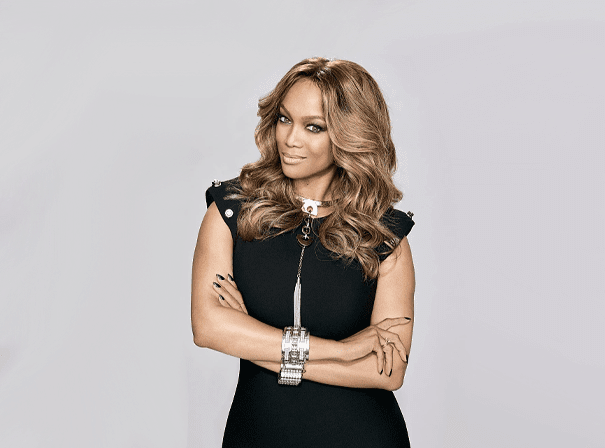