The multi-talented Tyrese Gibson is known only by hisforename, so successful is he in the many different fields in which he works.From rapping to acting, modelling to producing via TV work, screenwriting andwriting, the American always excels and is recognised for roles in high-profilefilms such as Four Brothers as well as Fast and the Furious and theTransformers series: two of history’s highest-grossing film franchises thathave propelled him to Hollywood superstardom.

Active since the nineties, Tyrese was initially aninnovative hip-hop and R&B musician with major-label success. At this stagehe had already made a number of appearances in a notable ad campaigns forglobally recognised brands Coca-Cola, Guess and Tommy Hilfiger. His debut singles‘Sweet Lady’ and ‘Nobody Else’ rose quickly on the Billboard Top 100 Charts,turning heads across the music industry and preceding the commerciallysuccessful albums Black Rose and Open Invitation. Gibson has authored severalgraphic novels and penned two New York Times best-selling books, theeye-opening titles How to Get Out of Your Own Way and Manology: Secrets of YourMan’s Mind Revealed. Tyrese continues to appear on the big screen, wowingaudiences with an engaging and high-octane acting style that has made him oneof America’s most adored personalities. 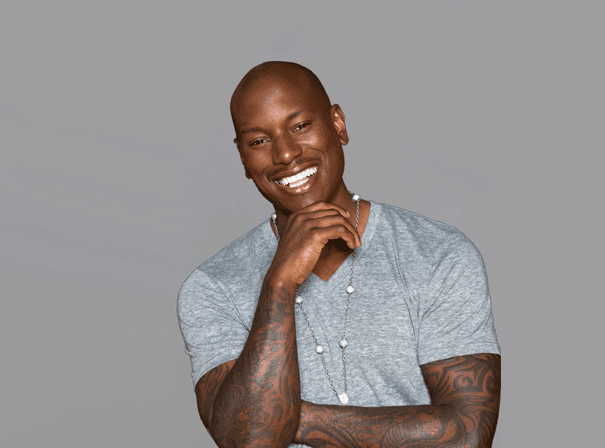