Ulrich Walter is a former astronaut, who now shares his rare first-hand experience of space travel as a professor, writer and television presenter. As well as wowing audiences with his thoughts on space research and extra-terrestrial life, he shares his wisdom in areas including innovation, technology and leadership.

Walter studied solid-state physics at the University of Cologne, obtaining a doctorate in 1985. He held post-doctoral positions at the Argonne National Laboratory in Chicago and the University of California at Berkeley, and was then selected to join the German astronaut team. He undertook training with the German Aerospace Center (DLR), before being chosen as a crew member on the second German Spacelab mission.

In 1993, Walter joined the short list of Europeans to have been to space when he flew on board the Space Shuttle Columbia from NASA’s John F. Kennedy Space Center. Joining the team as a payload specialist, he spent just under 10 days in space on the research mission. After his spaceflight, he continued to work for the German Aerospace Center for four years, before moving to technology company IBM.

Today, Walter is a professor at the Technical University of Munich, where he is the chair of the Institute of Astronautics. He has written for numerous publications, and on television he is known for offering his expertise on series including Markus Lanz, DAS!, and Menschen der Woche. Among other academic honours, he has been awarded an Honorary Professorship from the National Pedagogical Dragomanov University in Ukraine, and an Honorary Doctorate from the Kyiv Polytechnic Institute. He is on the board of trustees of Munich’s German Museum, and holds several honours including the German Federal Cross of Merit and the Wernher-von-Braun medal. 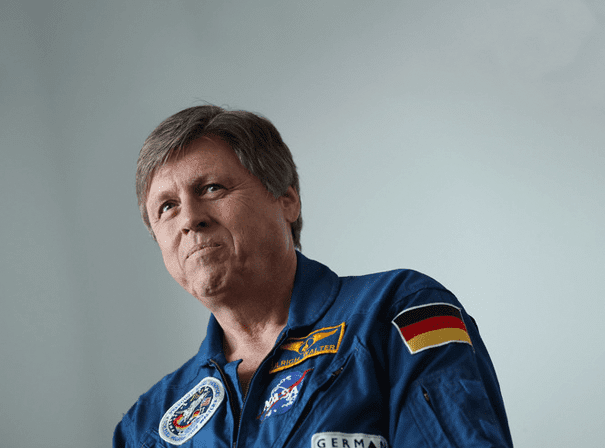