Vanessa James is a highly decorated former competitive pair skater who competed for France at the
Winter Olympics. She won numerous medals at major competitions alongside her partner Morgan Ciprès, and is the 2018 World bronze medallist, the 2019 European Champion, the 2017 European bronze medalist, the 2018 Grand Prix Final champion and a six-time national champion of France. James represented France with Ciprès at the Sochi Olympic Winter Games in 2014 and at the PyeongChang Olympic Winter Games 2018. She also represented France with Yannick Bonheur, her previous partner, at the 2010 Winter Olympics. James represented the United Kingdom early in her career and was the 2006 single skating British national champion.

Born in Canada, James was raised in Bermuda and later moved to Virginia, USA where she began skating after watching the 1998 Winter Olympics with her sister. Initially skating for the United Kingdom, she made history as the first British figure skating champion of Black African descent, winning gold at the 2006 British Championships.
Alongside Yannick Bonheur she made history once more as the pair became the first black pair to compete at the Olympics, finishing in a credible 14th place. More success was to come once James paired up with Morgan Cipres, with the pair regularly finishing in top places in international competitions. In 2018 they became the first pair from France to stand on the World podium for 18 years when they bagged the bronze medal at the World Championships in Milan.

James retired from competitive skating in 2020, but she hasn’t quite hung up her skates for good and has appeared on the Canadian revival of skating competition show Battle of the Blades. 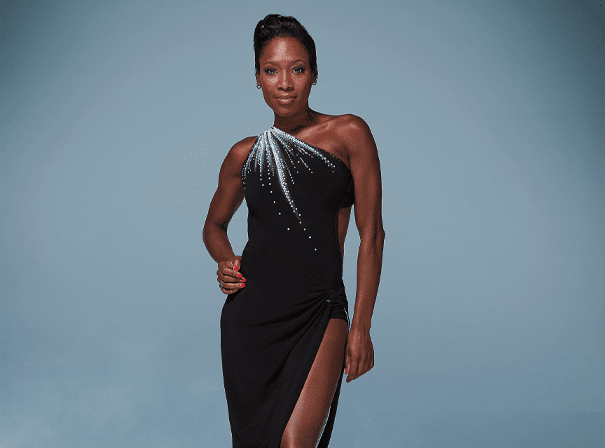