Canadian football quarterback, Vernon Adams Jr, is a current member of the Montreal Alouettes and plays in the CFL. Since college, Adams has been proving himself to be a valuable player, earning himself a career in the sport straight after he finished his studies. Now, he’s assisting his team in reaching the top.

Adams was an impressive member of his college team for three years, earning himself plenty of recognition and titles. Despite several debilitating injuries, including breaking two bones in his foot, Adams always brough his A-game to the field. He was given titles such as the East-West Shrine Game Offensive MVP and an Honorable Mention All-Pac-12. By the time he graduated, he’d served plenty of time as a quarterback and was ready to go pro.

Despite being undrafted in 2016, Adams trained with the Seattle Seahawks for a season, and then the Washington Redskins. However, later in the year, he signed up for the Alouettes for the first time, entering a team that was bottom of the league and underperforming. However, by the time he rejoined them in 2018, having played for several other teams in the meantime, the Alouettes were in better shape and had their eyes on the prize. His impressive performance for them also earned him the title of the team’s Most Outstanding Player.

Adams continues to play impressively, but he has also racked up an impressive online following. He now boasts seventeen thousand Twitter followers, with a further fifty thousand followers on Instagram. He connects with his fans via memmo, offering video messages for a small fee. 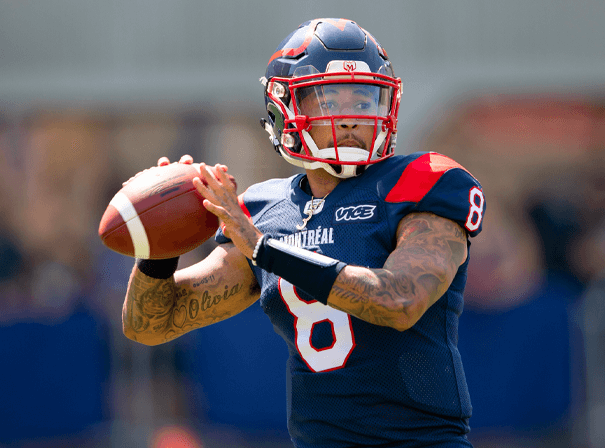