At the age of three, Higuchi began learning to skate, before going on to win numerous competitions at the novice level and went on to become the Japanese national novice champion in 2013. Making her junior international skating debut during the 2014-15 season when she participated at the Asian Trophy, this was shortly followed by Higuchi’s first appearance in the Junior Grand Prix series, during which she ultimately took home the bronze medal at the finals in Barcelona. During the same season, Higuchi also won the Japanese junior national title and took home the bronze medal at the World Junior Championships in Tallinn. Returning to the World Junior Championships during 2016 in Debrecen, Higuchi went on to repeat her success, taking home the bronze medal for a second time. It was in 2017 that Higuchi achieved her first gold medal following her personal best scores a the World Team Trophy competition contributing to team Japan’s success. Throughout her career, Higuchi has continued to rank highly at competitions including the Japan Championships, the Four Continents Championships and the World Championships.

More recently, Higuchi took home her first World Championships medal at the competition during the 2017-18 season, at which she won silver. As of the 2019-20 season, Higuchi is currently the 18th highest-ranking female figure skater in the world. 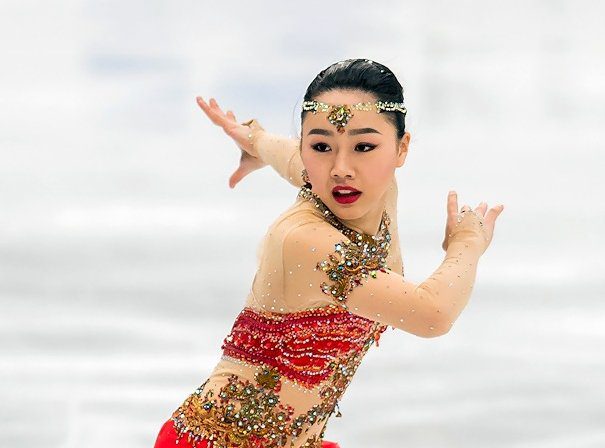