Wallace de Souza is a volleyball player who’s played with clubs since 2006 and the national team since 2009. His statistics prove he knows his way around the court, given he has a 348 centimeter block and a massive 365 centimeter spike, earning him the nickname “Monster of the Vertical Jump,” from Volleybox.

During his first Superliga back in the 2009 season, Souza was named “Best Scorer,” which is an award that the Superliga would gift him again in 2016 and 2017. He has four golden medals from the Superliga that he earned with his club and was given the name “Best Spiker” by the Superliga and the Pan American Games (bringing home gold) back-to-back in 2011.

In addition, Souza is a three time South American Club Champion, and a three time South American Champion, where he was honored as “Best Opposite Spiker” twice more, as well as “Most Valuable Player.” With a winning streak like this, it’s no wonder Souza represented Brazil at the Olympic games, earning runner-up in 2012, and becoming an Olympic Champion in 2016, where he was recognized as “Best Opposite Spiker.” Most recently, he was honored at the Memorial of Hubert Jerzy Wagner for being “Best Server.” 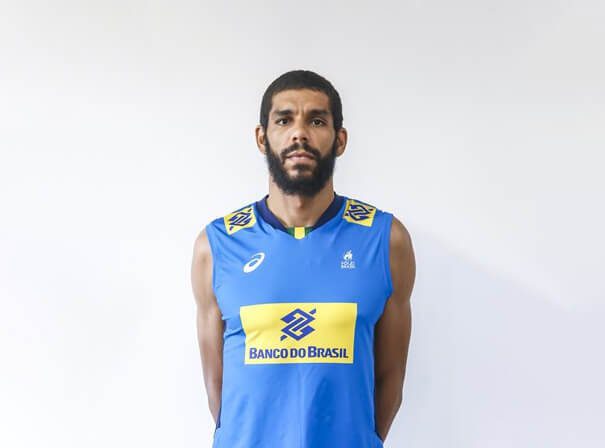