Warren Sapp is a former Football player who had an illustrious career in the NFL. He took on the position of a defensive tackle for thirteen seasons, playing for teams such as the Tampa Bay Buccaneers and the Oakland Raiders. He’s thought to have made over seventy-five million dollars during his career.

Sapp started out his career with playing for his college team at the University of Miami, where he was so good that he was recognised as a sought after player for the All-American team, a hypothetical squad made of impressive amateur players. This put him in the limelight right away and ensured that he was drafted shortly after he left university. He was selected by the Tampa Bay Buccaneers in the 1995 NFL Draft and stayed there for nine full seasons.

Sapp’s years with the Buccaneers were the best of his career. He made seven appearances at the Pro Bowl and also helped the team win their first Super Bowl. After he left the team, his number was retired by the Buccaneers, an honor only bestowed on three of their alums. He also made it into the Pro Football Hall of Fame in 2013.

As well as playing professionally, Sapp became an analyst on the NFL Network. He held the position all the way up until 2015 when he retired in full. He is still regarded as one of the best players in recent years, and he was awarded the title of Defensive Player of the Year in 1999, a legacy that he carries with him today. 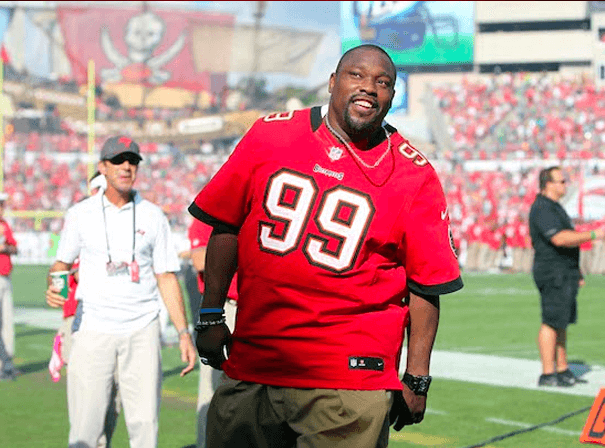