The inspirational athlete Will Bayley MBE is a professional Paralympic table tennis player, ranked No. 1 in the world. He is a 6x Paralympic medalist, holding Gold, three Silver, and two Bronze. He is also known for his appearances in the 17th series of the hit reality TV show Strictly Come Dancing in 2019. He is currently in training for his fifth Paralympic Games, Paris 2024. He was appointed an MBE in the 2017 New Year Honours list for services to table tennis.

Raised in Royal Tunbridge Wells, Bayley was born with arthrogryposis which affects all four of his limbs. At the age of seven he was diagnosed with cancer and during his recovery discovered a love for table tennis. After joining a table tennis club when he was 12-years-old, he started competing locally. His talent was recognised and from the age of 17 he lived and trained full-time at the English Institute of Sport in Sheffield. He first represented Great Britain at the 2008 Paralympics in China. A year later he won Gold medals at the Czech and German opens, and in 2010 he took Golds in Lignano and Brazil. He won a Gold in the singles at the 2011 European Championships in Croatia, and also won a Silver medal in the men’s Team event class 7. At the end of 2011 he was voted the European Players’ Player of the Year, and in January 2012 he achieved the world number one ranking. He won Silver at the 2012 Paralympics in London, and in Rio 2016 won his first Paralympic Gold. In the Tokyo 2020 (2021) Paralympics he won two Silvers, for individual Class 7 and for the Team event.

Bayley regularly connects with his legions of followers and fans through Instagram, Facebook, and Twitter, posting pictures and videos about his sporting life. He is also available for that personalised shout-out via the Cameo platform. 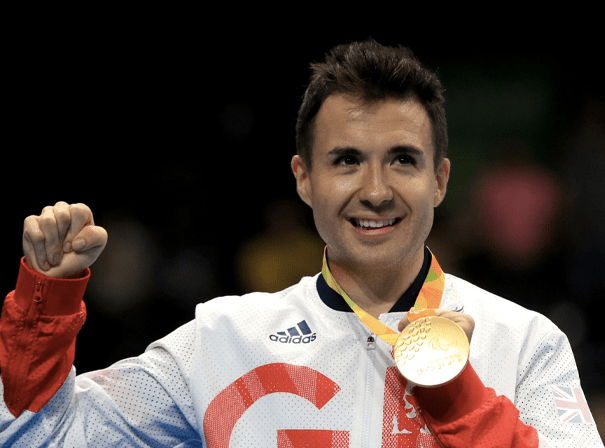