Genuine National treasure, actor and soap star William Roache has been a key figure in world renowned British show Coronation Street for over 50 years. He is available for a number of broadcast opportunities, after dinner speeches or media engagements.
Interestingly, William started out studying medicine as a youngster, following in his father’s footsteps, however being called up for National Service put an end to that. He did go on to serve for five years, rising to the rank of captain, and was dispatched to five countries including Oman, Germany, Jamaica and Bermuda. Having always enjoyed acting at school upon leaving the army he appeared in Skyport, Knight Errant and Marking Time, and it was whilst filming these shows that people from BAFTA winning soap Coronation Street scouted him.
Now, the man known on screen as Ken Barlow has been an ever present face on British TV screens for five decades, and as such was awarded the Lifetime Achievement Award at the British Soap Awards in 2000. Because he appeared in the very first episode and is still a key character, William has also been recognised by the Guinness Book of Records. Furthermore, the Queen also honoured William in the 2001 New Year’s Honours List with an MBE for services to television and drama. William Roache is also an advocate of many charities, so should you be looking for a national treasure to endorse your company or charity, speak at your event or anything else, call up one of our agents now. 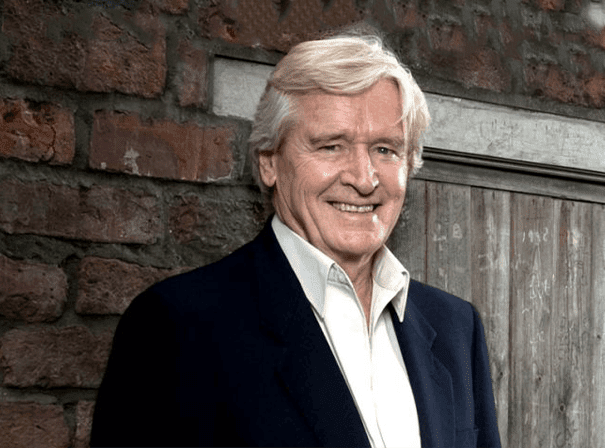