Nicknamed “Iron Girl”, China’s Xin Xin is an elite open water swimmer who made history in 2016 when she became the first Chinese swimmer to win a FINA Marathon Swimming World Cup race. She made further history at World Aquatics Championships in Gwangju, South Korea in 2019. Not only did she win her first gold medal (in the 10km open water marathon), she again became the first Chinese swimmer to win a World Championship open water event. She qualified to become her country’s representative in the same race at the Tokyo Olympics.

Hailing from Shandong, a coastal province of the People’s Republic of China, Xin comes from a family of swimmers—her great-uncle was a professional coach. Xin trains with the Chinese national coach, Jin Hao, and qualified for her first Olympics, London 2012 when she was only 15. Competing in the 800m freestyle, she narrowly missed out on the finals. A switch to open water swimming paid dividends when she finished fourth in the 10km open water marathon at the 2016 Olympics, narrowly missing out on a podium place. After a quieter performance at the 2017 World Championships, she came roaring back in 2019 with her historic victory in South Korea.

Among the accolades Xin has been awarded by the General Administration of Sport of China are Elite Athlete of International Class and a First Class Medal of Sports. However, Xin is not an athlete who rests on her laurels. Despite making history more than once, her motto is “no best, only better”, and it’s a motto she will be taking to Tokyo with her. 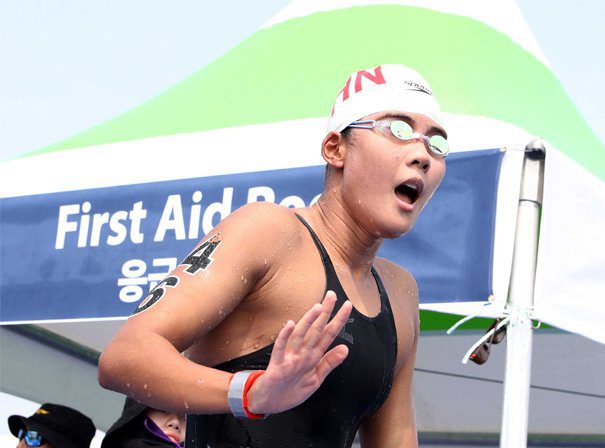