Xu stormed onto the world stage in 2007, with a gold medal performance at the World Junior Championships, and a silver medal at the Asian Winter Games. In the years since, she has become one of the most decorated athletes in aerials skiing. At the World Cup, she claimed over 40 podiums, including 25 victories, and has podiumed in events during all but two seasons since 2007. Her extraordinary performances here have seen her claim the women’s aerials No. 1 spot five times in the World Cup standings, while she is frequently found in the Top 5 of the overall rankings and placed first in 2013. Besides her World Cup success, she has also won FIS tournaments in Jinlongshan, Aershan, Baiqinzhai and Jiagedaqi.

Xu earned her first senior World Championships medal at Inawashiro in 2009, when she picked up silver in the aerials competition. She has continued to medal at every World Championships aerials event since, including gold at Voss in 2013, and claimed the mixed aerials silver at Utah in 2019. Meanwhile, at the Winter Olympic Games, Xu finished sixth at Vancouver 2010, before earning the silver medal at Sochi four years later. 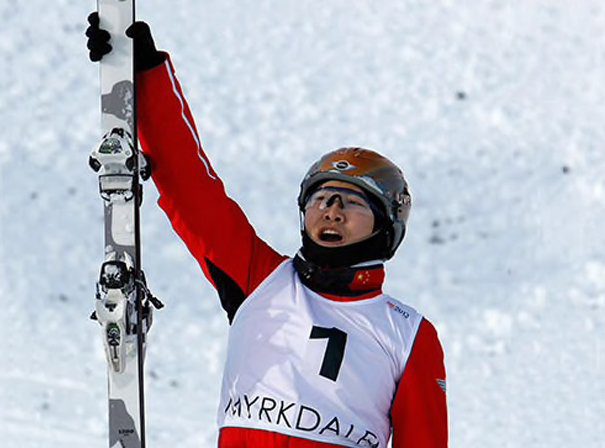